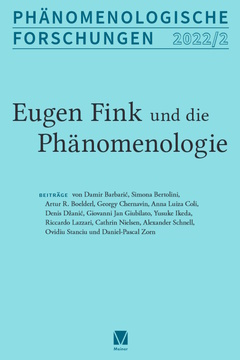 This paper pursues Eugen Fink’s dealing with Hegel’s philosophy. Unlike Heidegger, Fink comes to the conclusion that Hegel’s thought is not merely the achievement of Western metaphysics but contains approaches to overcoming it. In his interpretation, Fink seeks suggestions for a transition to a different way of thinking. He recognises the concept of force as the central concept of the Phenomenology of Spirit, through whichone is brought to Hegel’s highest philosophical principle of the Absolute as an infinitely moving while at the same time resting all life. Despite its self-divisiveness, however, the Absolute in Hegel remains essentially reconciled with itself and unified. Fink contrasts this to his own view, according to which the Absolute remains determined by an irreconcilable dispute. For this, he leans on his own doctrine of the strife between Earth and Heaven as the essence of the post-metaphysically understood world where every trace of metaphysical substantiality has disappeared.