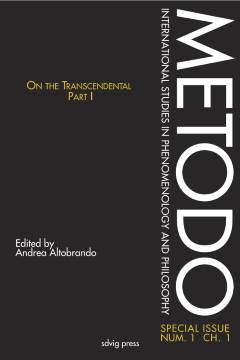 Transcendental philosophy and the problem of necessity in a contingent world

In this article I draw out a fundamental difference between Kant’s and Husserl’s take on the problem of necessity in a contingent world. I do so by investigating in detail a well-known common feature of both philosophies, namely a basic understanding of necessary laws of objectivity and cognition in terms of necessary unities of synthesized manifolds. The fundamental difference between Kant and Husserl that I trace here concerns the radically different ways in which the two philosophers understand the origin of unity. While Kant maintains that all necessary unity, also of the contingently given, has its origin in the “synthetic unity of the understanding”, Husserl describes how it emerges in and from the given itself in “syntheses of coinciding”. As a result, the Kantian account leaves us with the famous conclusion that reason only finds in the contingent world those necessities that it has itself put into it, while, according to Husserl, rigorous science identifies and describes necessities, i.e., necessary unities of synthesized manifolds, in a systematic course of genuine discovery.

Jansen Julia (2015) „Transcendental philosophy and the problem of necessity in a contingent world“. Metodo 1.1, 47–80.